I am wrapping up the final couple of weeks of the digestive health series. Over the past 5 weeks I’ve written to my mailing list about the link between digestive health and systemic health, specifically weight.

Gluten is obviously a hot topic when it comes to digestive health.

When I completed my first degree in Nutritional Therapy in 2009 there was limited research out there on gluten and gut health. Now this is the biggest booming area of research and there are new studies being published every day.

So, I hope you will appreciate that this is a massive topic and I am really just trying to wittle it down to simple basics, that our easy for the general public to understand and most importantly, implement, so that it actually makes a difference!

Reactions to gluten can happen due to either, for different reasons.

When most people think of gluten they think of Celiac Disease.

Diagnosis for celiac is based on the following:

And the confirmation with biopsy.

Finally, with auto-immunity there are usually 3 things that are required. A genetic predisposition and an environment which loads the gun and a trigger which sets the immune system off.

Celiac disease is associated with HLA DQ2 and DQ8 genotypes.

Celiac patients tend to have one or both of these genes, however, having one of both of these does not mean you may every present with celiac disease, but given the right environment and triggers, you might.

By environment and triggers we would be looking at anything that disrupts the balance within the body and the gut specifically; a diet high in processed carbohydrates, low in fibre, alcohol, medications, antibiotics, NSAIDS, Oral Contraceptive Pill, Stress, Infections etc.

All of these things can set the stage for poor digestive health, and with it, provided you have the genotype, you could develop celiac disease.

[As a side note: I often see people on Facebook complaining that they are being asked to eat gluten by their doctor to be tested for celiac.  A work around, if you know you feel better without gluten and don’t want to eat it again before testing, is to opt for the HLA DQ2 and 8 testing.

This will indicate a genetic predisposition to celiac and if you have this gene. GI symptoms AND feel better off gluten, you tell me what you think?

Personally I would much rather at this point be investing time money and energy into establishing what’s going on in your gut via a stool test than bothering with a celiac diagonsis. The reason being you can rebalance as much damage as possible to ensure good absorption of nutrients and less inflammation]

However, some people do not have HLA DQ2 or DQ8 and yet they know, they just feel better when they don’t eat gluten. What is that about?

Firstly, many gluten containing foods are also high FODMAP foods. FODMAP stands for Fructose, Oligosaccharides, Disaccharides, Monoamines and Polyols. No you can see why we just call these foods FODMAPS!

FODMAPS are types of foods which are highly susceptible for fermentation in the upper GI tract, especially when there is bacterial overgrowth, and can therefore cause symptoms like gas, bloating, constipation diarrhoea, stomach pains and pretty much all the symptoms we would associate with IBS.

Therefore, even if you aren’t a celiac, but you have some imbalances in the GI tract (created by the same environmental triggers as already discussed), you may be affected by FODMAPS and therefore think that it is a gluten problem, when it’s more of a dysbiosis and FODMAP problem.

In this case, following a 5 R protocol  to rebalance the bacteria and removing FODMAPS in the short term (not a life long requirement), may mean you can still eat small amounts of gluten in your diet in the future.

Rebalancing the gut flora and healing the gut is important in this case.

Then we have NCGS.

There isn’t really a good test for diagnosing this. But what we might find is someone just feels better off gluten when all celiac tests (listed above) come back negative.

When gluten is removed from the diet, the person feels better.

When they add gluten back in, the person feels worse.

The best test for NCGS is exactly that, remove gluten from your diet for 28 days.

Preferably in this time do some of the 5R steps to rebalance the gut, or address any underlying imbalanced revealed after stool testing.

The re-introduce gluten and see how you do.

If you notice anything change systemically, I guess then you decide if it’s worth it to keep it in your diet or not.

What is my opinion on gluten and what do I tell my clients to do?

Well, if budget was no issue I would advise everyone to get a stool test. Literally as I was writing this I was emailed the results of my own stool test which I just did on myself. So interesting and it has definitely given me some stuff I need to address.

Stool testing doesn’t necessarily give you information about how your body will handle gluten in the long term, but it can show you what environmental triggers are out of whack, which, if you rebalance them, may give you a better chance of including gluten in your diet and not reacting to it, provided you are not celiac.

If budget is an issue then I think a 28 day elimination of gluten can be a good thing to do at some point in time, just to see.

I have a gut reset protocol which I use with my clients and tweak it according to the person, sometimes it also includes giving up dairy and FODMAPS and we add supplements as appropriate.

Many of my clients find they lose weight really effectively when following this protocol and of course, notice positive changes in digestion and health. This is one of my clients who was working with me to lose weight and improve her digestion, after years and years of problems.

What is my personal approach to gluten in my own diet?

I have personally done two gluten tests in the past couple of years. One was a test offered by Cyrex which tested 20 different proteins associated with wheat and gluten. All came back negative.

My most recent stool test showed a normal Anti-Gliadin IgA.

Despite both of these normal results I still personally follow what I term a “Gluten Light” diet. What this means to me is I don’t buy gluten containing foods at home.

95% of our meals are made from whole and single ingredient foods. The other 5% being chocolate, cheese, edamame noodles and the occasional bolognaise sauce from Mr Organic

But if I go out for breakfast and I have a piece of toast with my eggs and avocado, it’s not a problem. If I fancy a cake, I often choose the gluten free option, but if it’s not available or there is something else I prefer, I have that. I enjoy the bread and olive oil if we go out for dinner (which isn’t often).

So I mostly stay gluten free and don’t sweat the small stuff.

So I know this has been a little long today, but these was a lot to cover and I hope you enjoyed the read and it’s given you some food for though (excuse the pun), when it comes to your thoughts and relationship with gluten.

If you are interested in both losing weight and restoring your digestive health, well, you know where I am! 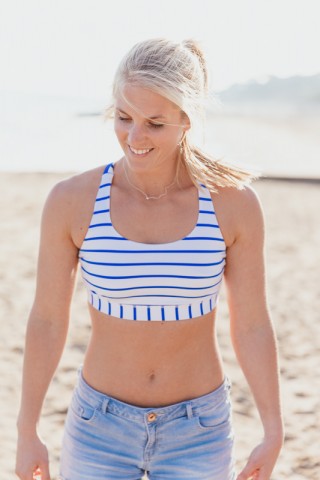 If you want to give up the guessing game and have someone just tell you what to do and hold you accountable to actually doing it then this is probably exactly what you have been waiting for.

Life doesn’t get better by chance, it gets better by choice. Now is a time where you can choose to take a step towards a very different future and join the community of like minded women who are not just losing weight, but transforming their lives.

To find out more about how my coaching program can help you, please fill out the application below to book a complimentary breakthrough call and find out out about working with me in more detail. 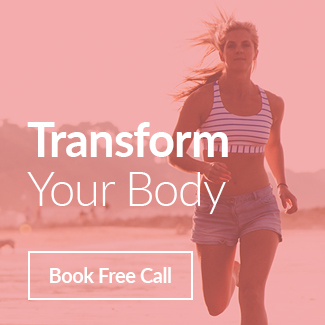 © 2016 The Ladies That Lift. All rights reserved.
Download The 5-Step Fat Loss Formula
I’ve created this short ebook to help you get back to basics and start shedding those extra pounds the simple way. 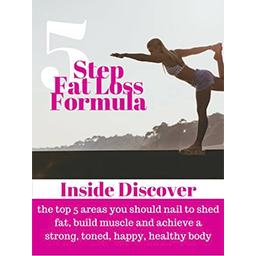